Originally planned for February 2016, the show was postponed until June 2016 after the Starlight Theatre suffered severe storm damage that was both heart-breaking and devastating for the whole school, particularly for staff and cast that had worked so hard up until this date. 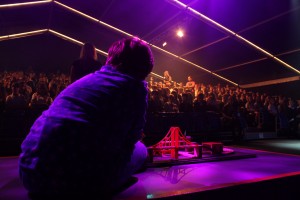 A massive clean-up operation occurred during the original show dates in February as the whole community got involved in sorting the whirlwind Storm Imogen inflicted on the Theatre. A new date for Starlight Express was chosen and everyone was relieved that the show could go on and would not be cancelled.

The show returned last week with students not only displaying their singing & drama talent but also their skills on 4 wheels! 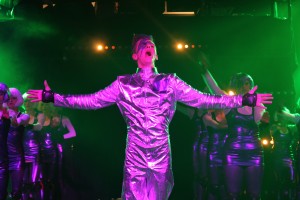 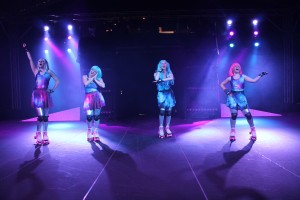 Each year Ringwood School’s production requires students to dedicate a lot of time to rehearsals and Starlight Express has required the most time yet. Learning to roller-skate, coupled with the storm damage has resulted in each student allocating an unprecedented amount of time to the production, and staff at the school are very proud of this.

The show quickly outgrew the current school staging and was performed in a purpose-built Starlight Theatre. The bespoke theatre consisted of a 30m x 50m marquee within the school grounds. The marquee featured 435-seat tiered seating, a bar & relaxation space, a backstage area and a very special custom-built race-track for the races within the show.

As the school’s most ambitious production to date, students pulled out all the stops and dedicated every minute spare to singing, acting, dance rehearsal and roller-skate practice time!

Don’t just take our word for it!

“Just wanted to express my thanks and amazement for a truly wonderful show last night. I have seen Starlight Express twice in the West End and I enjoyed last night every bit as much – possibly more! From start to finish I had a smile on my face.  So much talent from one school.  Everyone should be very, very proud – not just the performers but technical, backstage, orchestra and anyone involved with the production”, audience member.

“I came to see Starlight Express last night and just wanted to say what a fantastic show you put on.  It really was a superb show, and showcased what amazing talent there is in the school.  The show was so professional but more importantly you could see how much everyone on stage was enjoying themselves. Well done to everyone, from the actors and actresses, to all the hard work that goes on backstage and beyond”, audience member.