In July 2018, a grubby ensemble of orphans woke up and swept us away as they helped little Annie search for her parents. 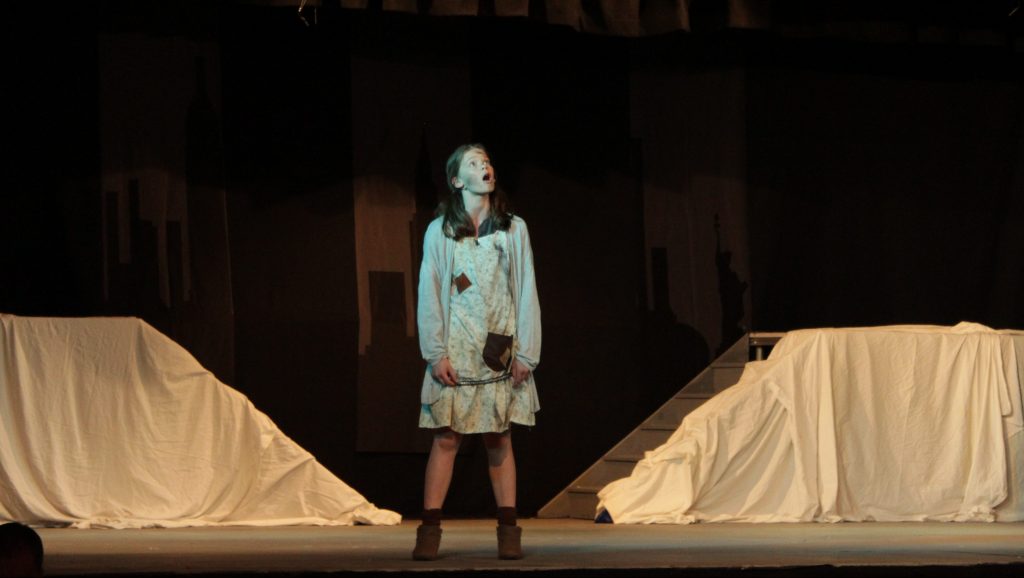 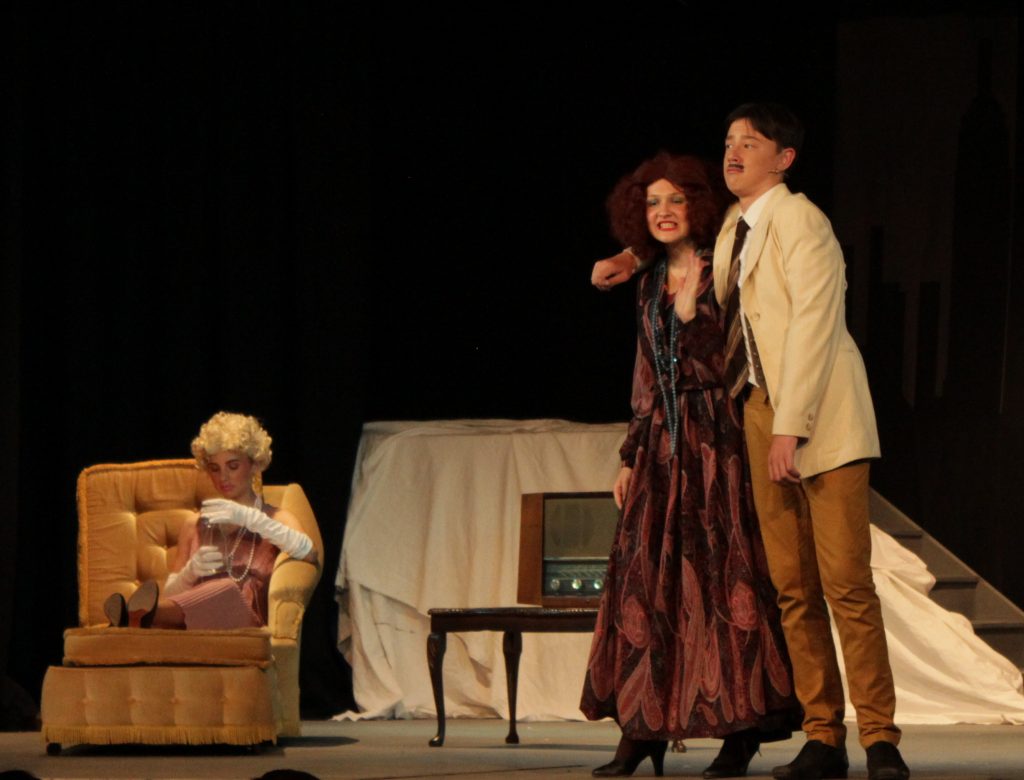 The uplifting rags to riches tale was set against the bustling back drop of New York City with some clever location switching between the orphanage and the mansion. 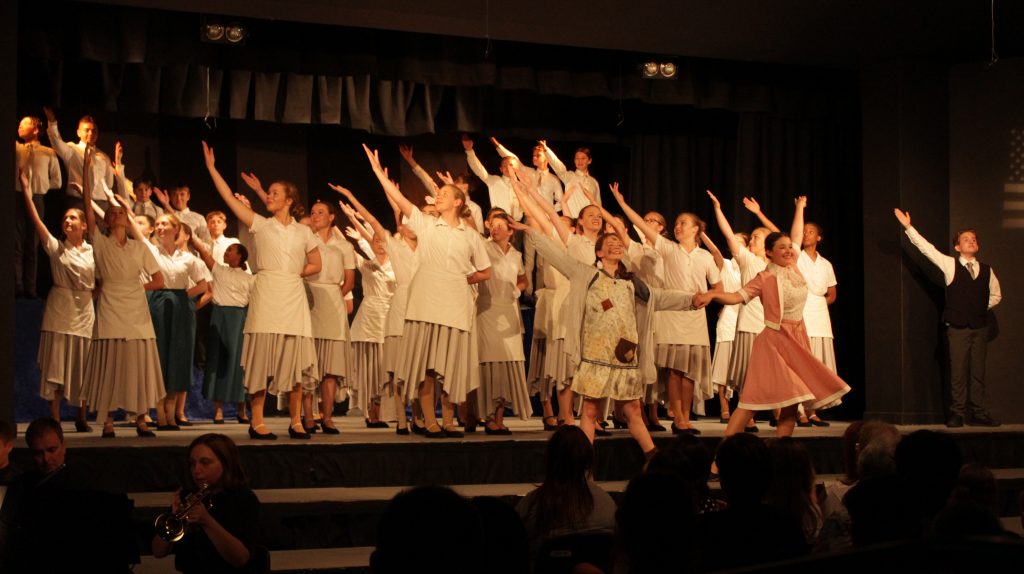 Musical numbers included a boot stomping tap number of ‘Hard Knock Life’ by years 7 & 8 girls and the excitement of seeing New York for the first time was captured by year 9 and the boys with the song ‘NYC’. 125 Students from years 7 to 9 were auditioned and were cast in the production as orphans, servants and citizens of New York. 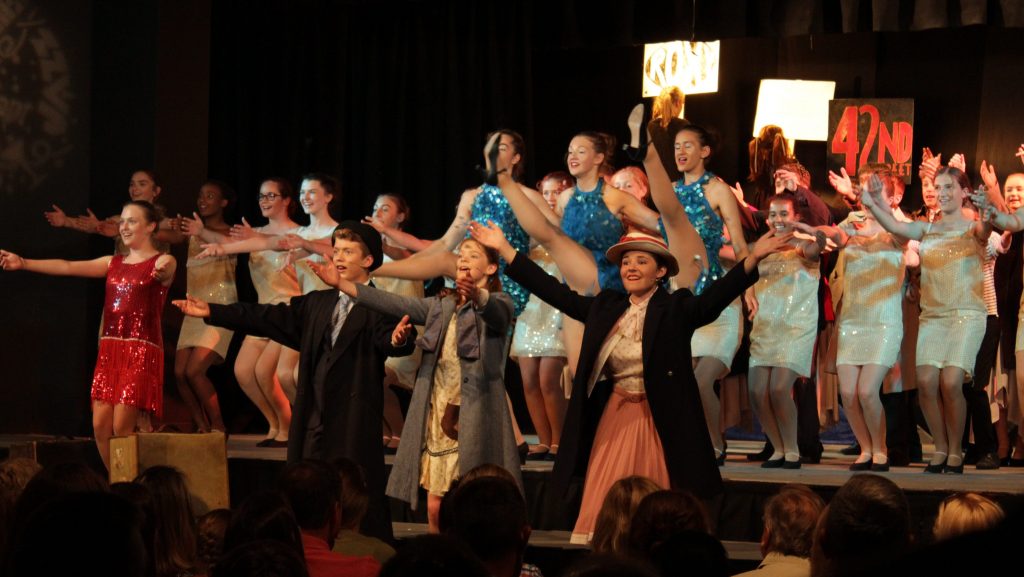 Helen Hawkins and Gina Elward worked together to create the amazing choreography for the show and Craig Newton and Dylan Reynolds took on the roles of assistant director, often running rehearsals with 70 young students completely independently and looking after them throughout show week. 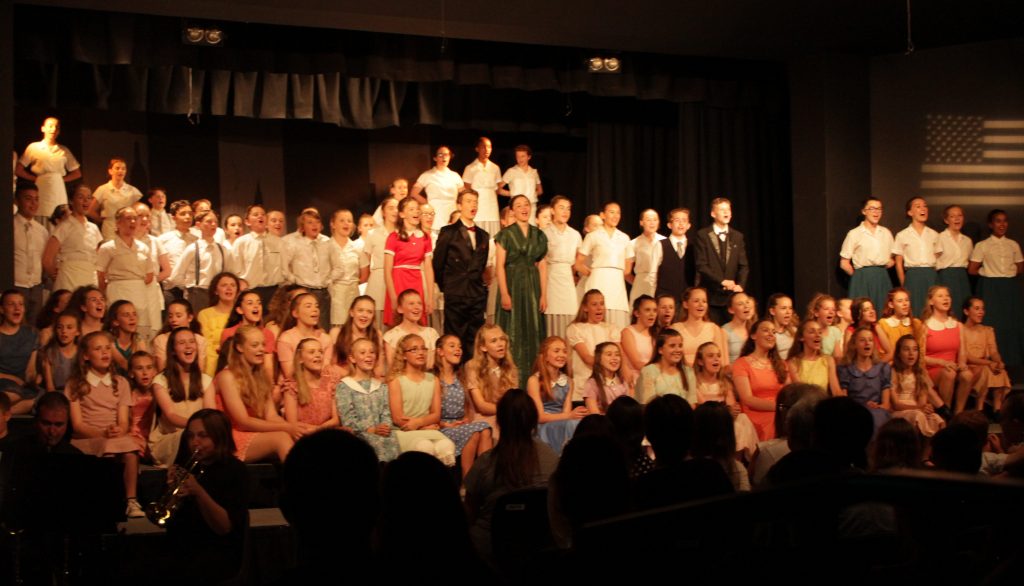 One additional cast member was a little unusual… Annie’s faithful hound! So, how did the school meet the challenge of casting ‘Sandy’ the dog? With a REAL dog of course! You might have thought that a canine professional was drafted in, but no… first-time animal actor Max is a local and he made his debut on stage at Ringwood School after weeks of being trained to come to the command “Sandy”. 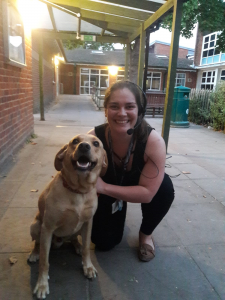 “We do like to challenge ourselves and this year we decided 90 students wasn’t quite enough so we introduced a live animal into the show! Max was an absolute joy to work with and all the students that worked with him were totally professional and respectful.”
Helen Hawkins Director and Choreographer